So I mentioned on Facebook a while ago that I was working on an exciting thing, but couldn't say exactly what. Well, here it is! I've been writing and drawing short comic strips for BOOM! Studio's new Uncle Grandpa series, based on the demented Cartoon Network show. If you haven't seen it, you should - it features a Giant Realistic Flying Tiger. Literally.

Issue one should be out now ((EDIT: looks like it's been pushed back to October 15th. Close enough!)) 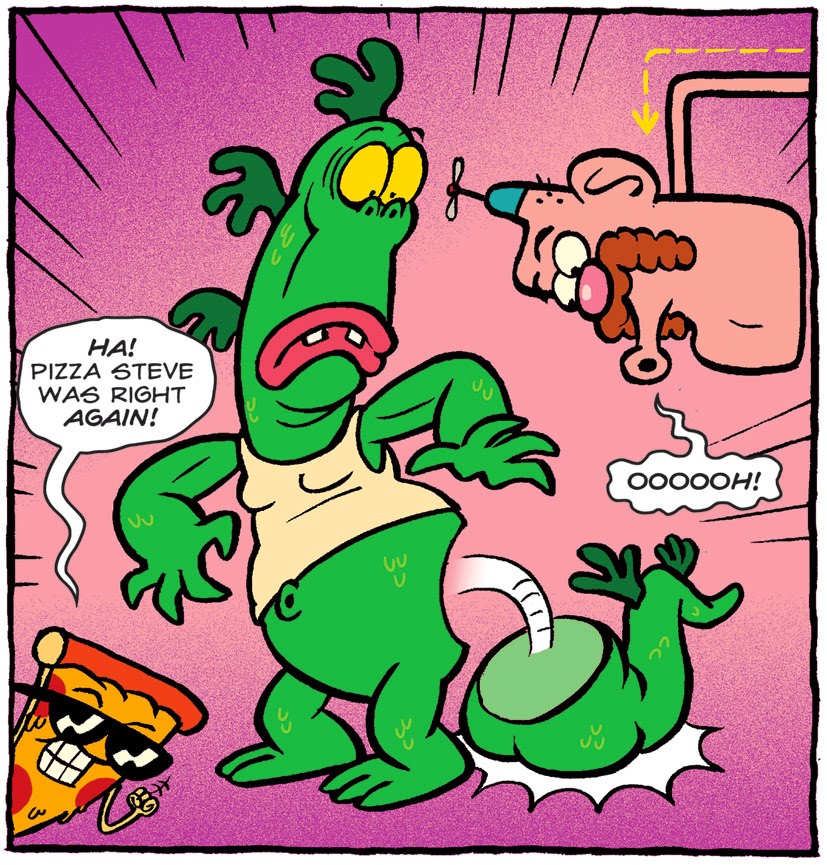 Posted by LauraH at 1:27 PM No comments: