Angry Birds comic, that is - Angry Birds themselves are all about hitting pigs and chunks of rock. You can find a six-page comic strip drawn and coloured by my good self in this month's issue (#7), which also comes with a magnificent free giant pen. Who wouldn't want one of those, eh?

If you aren't lured in by the Pen of Awesome I'm also in the next issue, out March 4th. Who knows, maybe that one comes with a giant pencil. Here's a sneaky peeky: 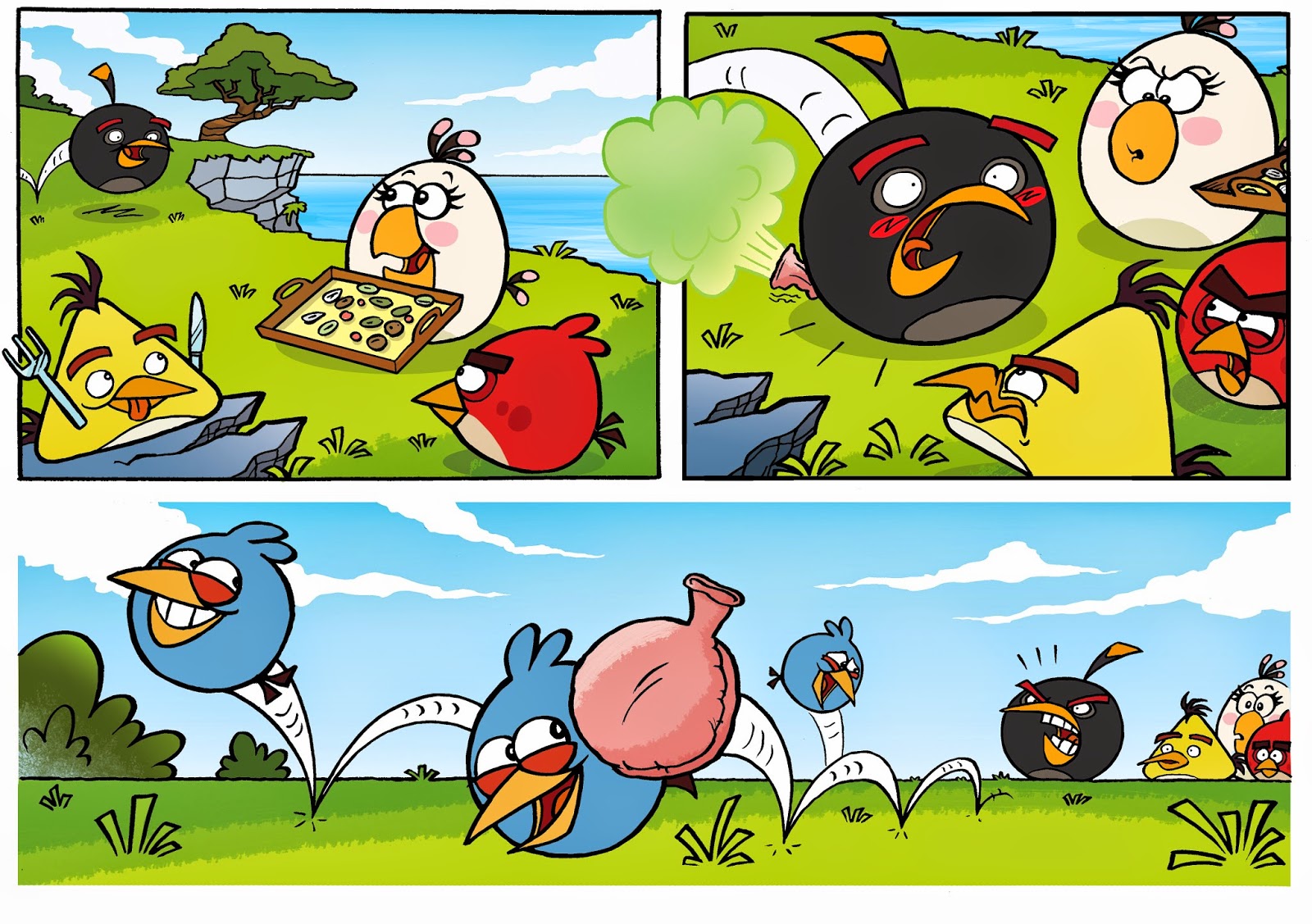